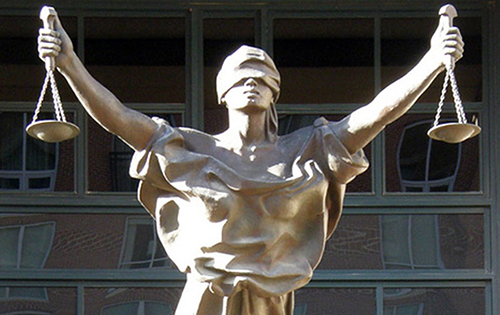 As the Islamic Republic moves closer to its eventual and inevitable demise, opposition forces are facing the historic and daunting task of achieving democracy in Iran. A democratic governing system safeguards human rights, civil rights, civil liberties and political freedoms of all its citizens. It obeys the Constitution and stays out of citizens’ personal lives. It protects democratic institutions that are the culmination of centuries of political, intellectual and philosophical struggle. It upholds the rule of law and complies with international covenants on civil and political rights.

The key characteristics of the liberal political ideology that has shaped modern democracy are free elections involving various political parties, separate branches of government, an open society, a market economy with private property, and political freedom for all people. The Iranian Constitutional Revolution (1905–۱۹۱۱) could serve as a model for creating a future democratic Iran.

It is imperative that any group or movement opposing the theocratic rule of the Islamic Republic adhere to fundamental democratic principles when the time comes to establish democracy in Iran. Using non-violent methods, ensuring fairness in criminal trials, abolishing courts that exact revenge, and guaranteeing the rights of the accused – even those who have brutalized the country for the past 40 years – are the pillars of a rational and humane justice system which some opposition groups have already included in their charters.

Upholding the rule of law and guaranteeing the rights of every citizen to take part in peaceful and non-violent civil disobedience ensures the national security of an elected government. In a real democracy, an independent Judiciary protects the legal rights of all people. It guarantees fair and timely trails, ensuring that defendants have proper and competent legal representation in courts. It is vital that political groups and movements that oppose the Islamic Republic highlight the concept of justice and the right to a fair trial in their manifestos.

Abolishing the death penalty and drafting a nondiscriminatory criminal penal code would eliminate the possibility of courts exacting revenge, and protect the human rights, civil rights and civil liberties of all citizens, including those officials of the Islamic Republic who have committed unspeakable offenses against the Iranian people. The courts will guarantee their rights to receive fair and impartial hearings. An even-handed judicial system in a real democracy does not degrade, humiliate or abuse defendants.

As mentioned above, the Constitutional Revolution ushered in a new political, social and economic era in Iran that embodied fundamental democratic principles, including a fair and rational court system. A self-governing system in Iran would safeguard the nation against the recurrence of abhorrent crimes such as the mass murders of political dissidents in the 1980s, public executions of young people, and the assassinations of opposition figures inside and outside the country.

The absence of democracy and an unbiased Judiciary have turned the ideologues of the Islamic Revolution into common criminals who have, for the past four decades, looted the national treasury, misappropriated public funds and amassed great personal wealth.

The Iranian regime has, in the past 40 years, systematically destroyed all democratic institutions in the country and deprived citizens of their fundamental human rights, civil rights, civil liberties, and political freedoms.

Any governing system replacing the current ruling regime in Iran must restore free elections, the separation of religion and state, the three independent branches of government, an open society, a market economy, freedom of speech, civil rights and civil liberties for all Iranians.

Translated from Persian by Fardine Hamidi 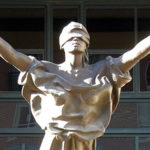 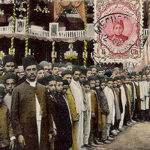